“An enthusiastic packed house made it clear they were enjoying every minute of it.”

“It seems unfair to single out anyone in the cast of “Patience” as the singing was uniformly superb.”

“Through the grace of the actors and the clever costuming by Amanda Mujica, the show is somehow as celebratory as it is sardonic.”

“Enough good things cannot be said about the cast, choreography, costumes, or orchestra that came together to make the satire on Victorian aesthetics and poetic pretensions so uproariously funny. There were enough hams onstage to stock every deli in the city of Boston.” 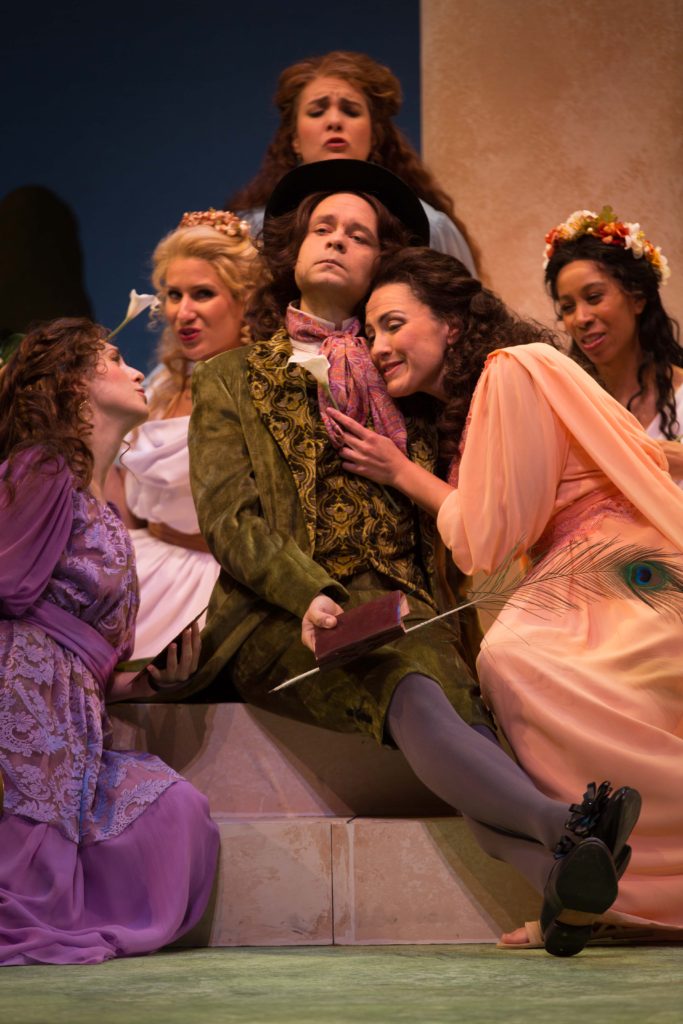