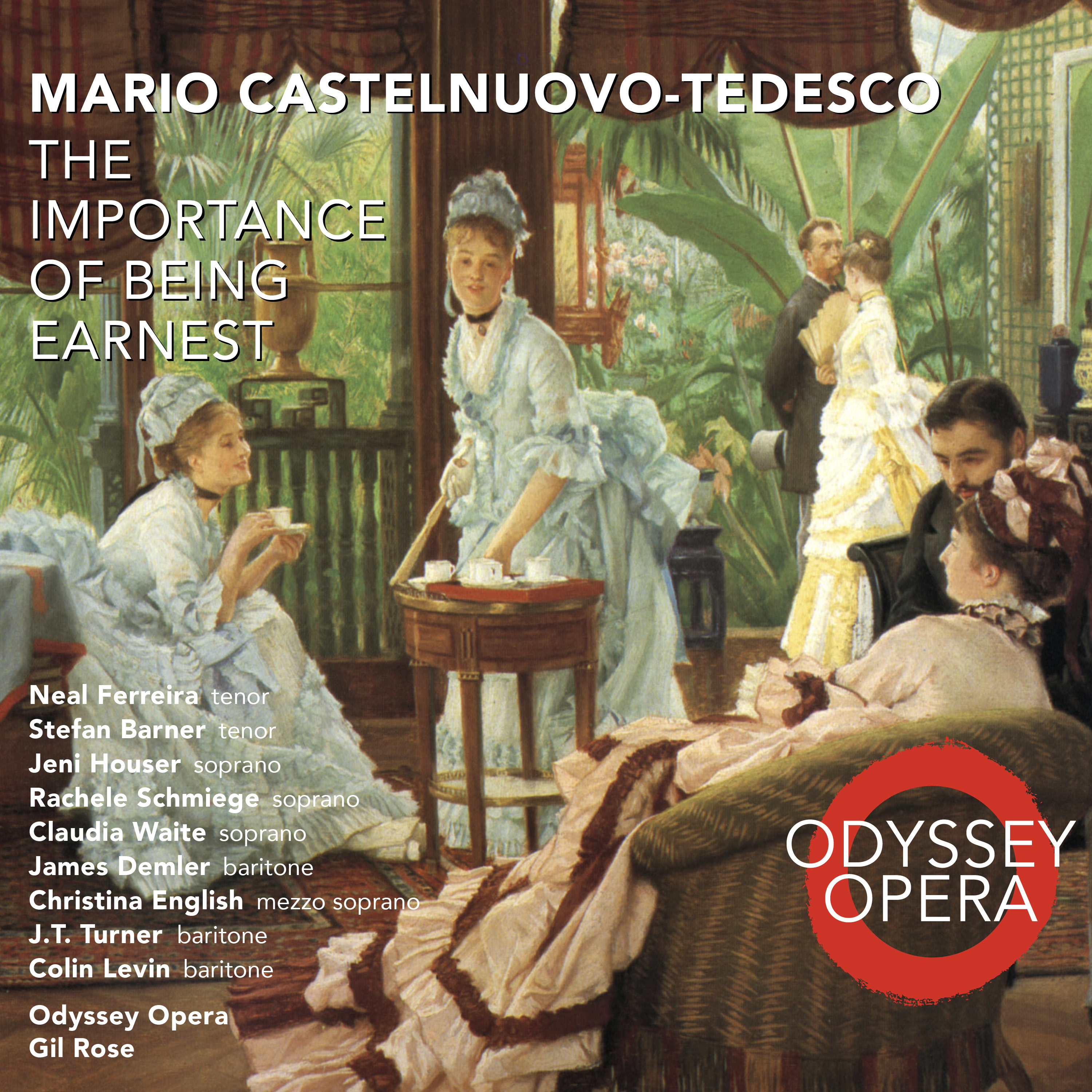 Mario Castelnuovo-Tedesco: The Importance of Being Earnest

Odyssey Opera’s most recent release, The Importance of Being Earnest, adapted from the play by Oscar Wilde, satirizes the mores of Victorian life. Two bachelors, Jack Worthing and Algeronon Moncreiff, create alter egos–both names Ernest–to impress two women who say they can only love a name minted Ernest. Clever dialogue, witty musical commentary and a madcap plot ensues as the two men try to keep up their deception between the toen and the country in the face of a mysterious past and an overbearing aunt. 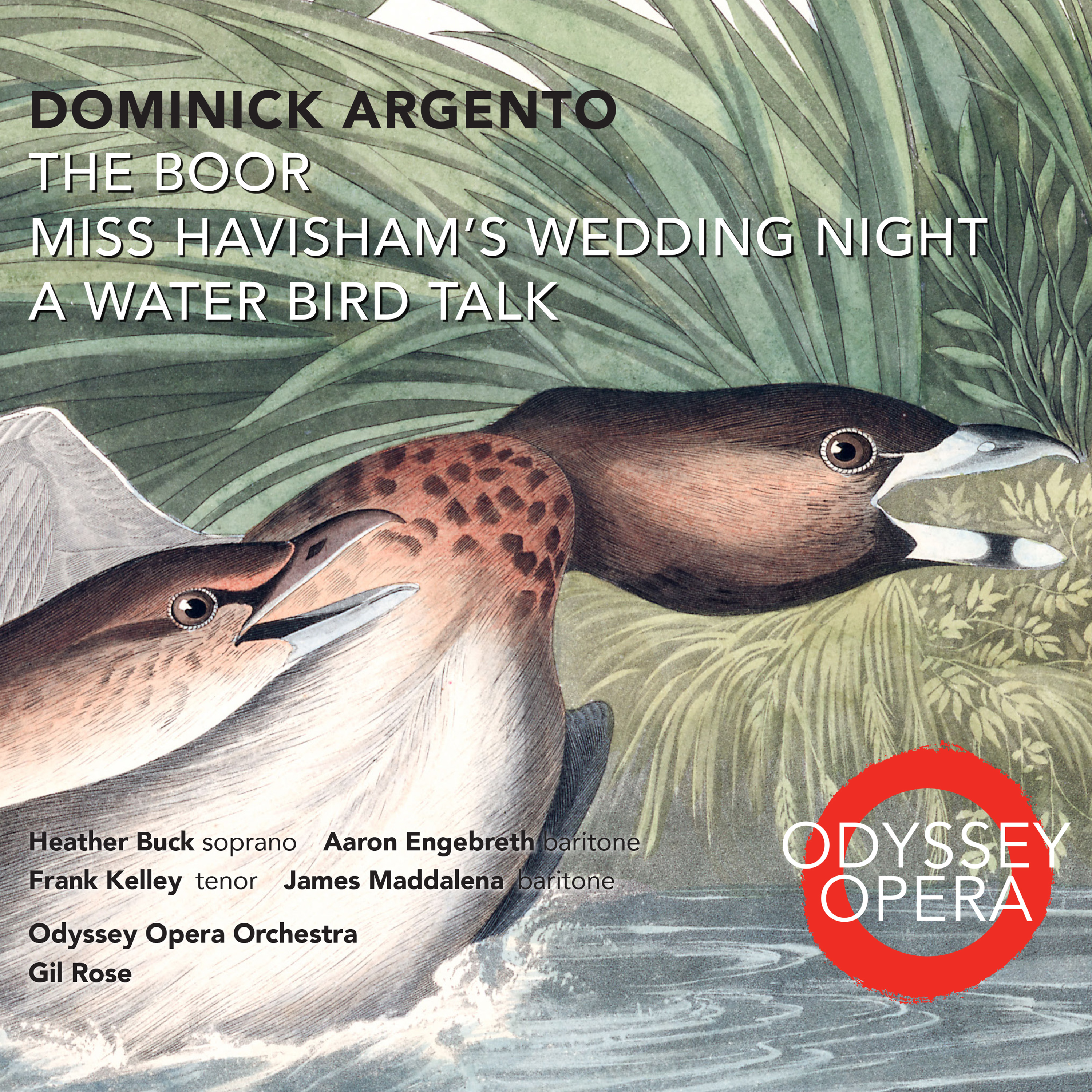 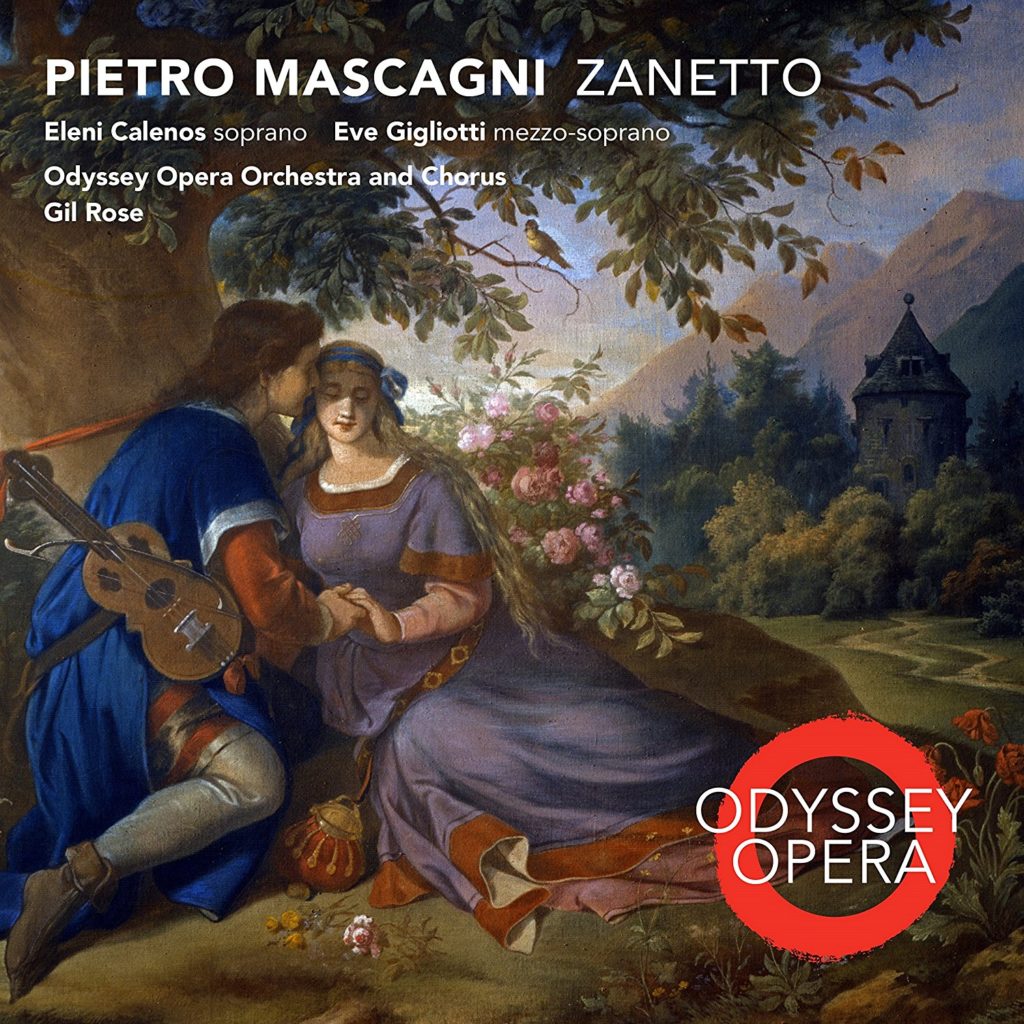 The lonely courtesan Silvia suddenly finds herself falling in love with the young poet and wandering minstrel, Zanetto, who believes her to be a noblewoman. Afraid he will discover her identity, Silvia orders Zanetto away and, alone, blesses lost love for unleashing feelings she believed were gone. 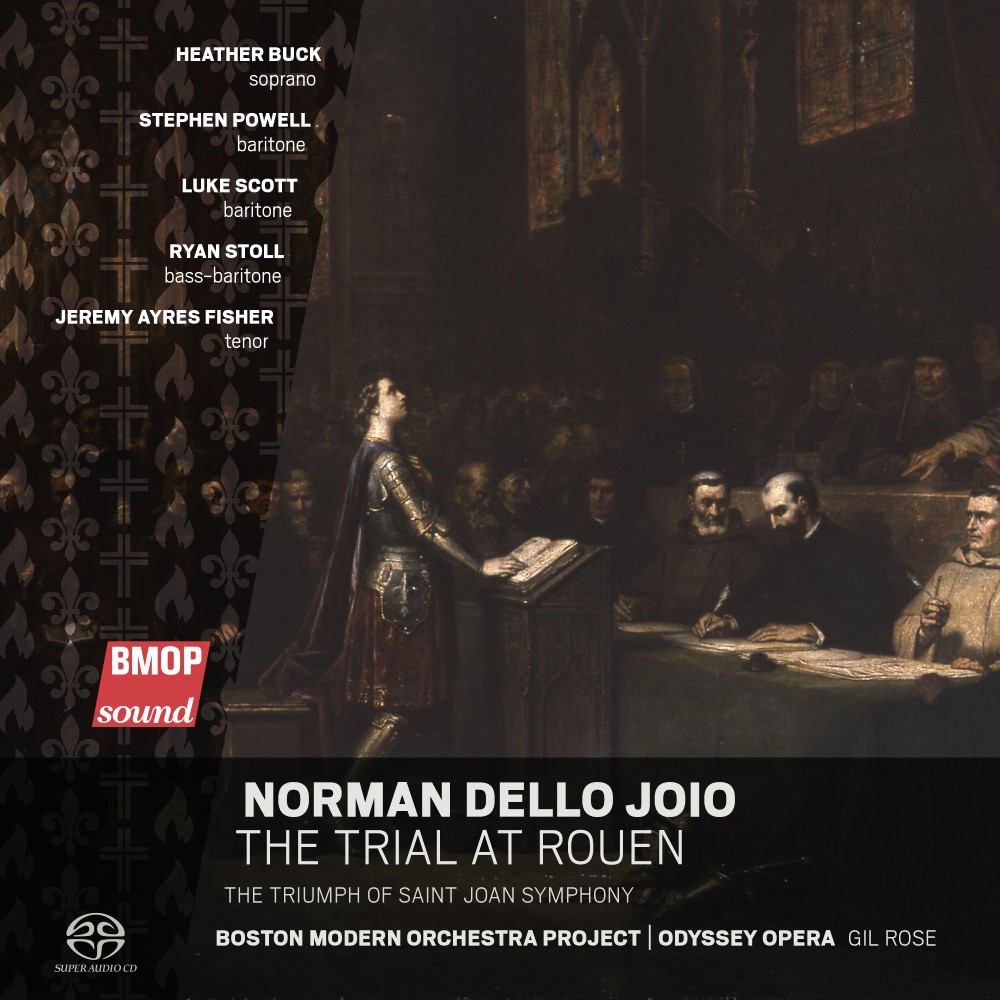 In 1950 Boston based Pulitzer Prize winning composer Norman Dello Joio premiered his first opera The Triumph of Saint Joan. Unhappy with the results he withdrew the work. Still fascinated with the subject he was commissioned by the NBC Television Opera Theatre to produce an original 75-minute opera for television. The resulting work in two acts, The Trial at Rouen, premiered on April 8, 1956, on NBC. In collaboration with the Boston Modern Orchestra Project, Odyssey Opera’s performance marks the first time The Trial at Rouen will be performed off screen and on stage in front of a live audience. The most condensed of all the operas of our season, it focuses on the period of the imprisonment and trial of Joan. The concert will open with Dello Joio’s most popular work The Triumph of Saint Joan Symphony a purely orchestral work based on the material from his first Joan of Arc opera. 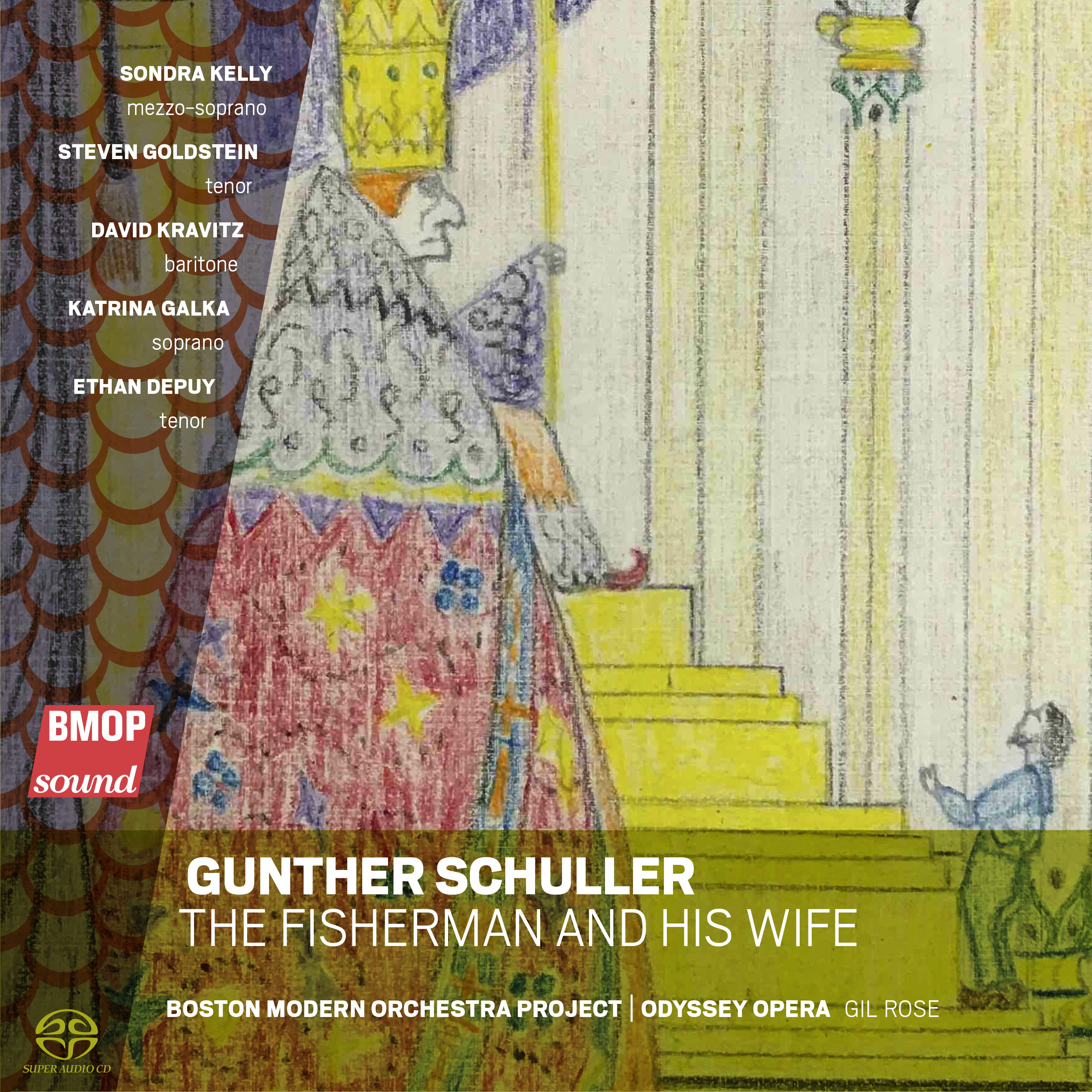 Gunther Schuller: The Fisherman and His Wife

Adapted from fable by the Brothers Grimm, Gunther Schuller’s The Fisherman and His Wife tells the tale of a poor fisherman who discovers a magical fish who grants a series of ever more extravagant rewards to him and his wife. Originally commissioned by the Junior League of Boston for their 60th anniversary and dedicated to the children of Boston, this short opera premiered in May 1970 and was adapted for WBZ-TV that fall. Full of wit and humor, The Fisherman and His Wife was not performed again until BMOP and Odyssey Opera resurrected it in November 2015. This premiere studio recording of the opera adds to the legacy of a pillar of the Boston musical community. 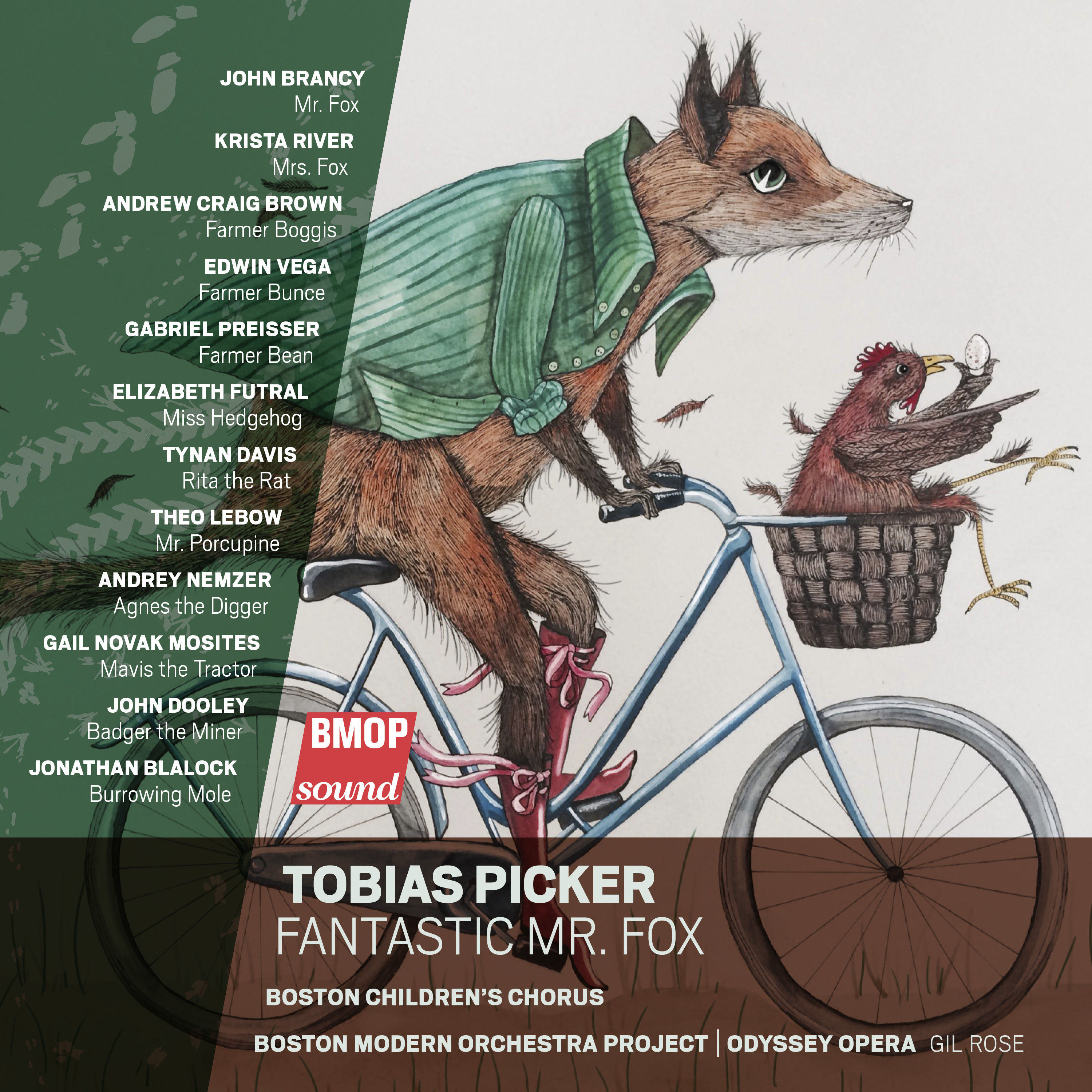 2020 The Recording Academy / GRAMMY® WINNER for Best Opera Recording is Odyssey Opera’s collaboration with Boston Modern Orchestra Project of Tobias Picker’s Fantastic Mr. Fox. Fantastic Mr. Fox, an opera in three acts with a libretto by Donald Sturrock based on Roald Dahl’s children’s novel of the same name. In this enchanting modern fable, Fantastic Mr. Fox pits good vs. evil, animal vs. human, nature vs. technology. Mr. Fox will stop at nothing to keep his family safe.