The Burghers of Calais in Art History

I admit I’m a history nerd. One of the most exciting parts of the whole costume design process for me is researching not only what the characters looked like, but when they lived. (How a performer is dressed speaks volumes of information to the audience before a line is uttered.) 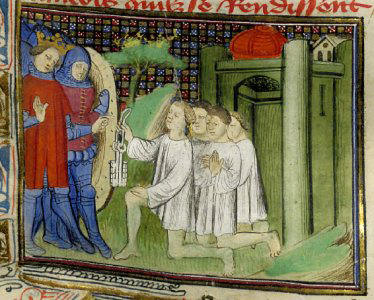 So as I dove into finding images for Donizetti’s opera, The Siege of Calais, I was amazed to find the number of times artists were inspired to recreate the tragic submission of the burghers. Of course, there are the contemporary illuminations—this was big news! 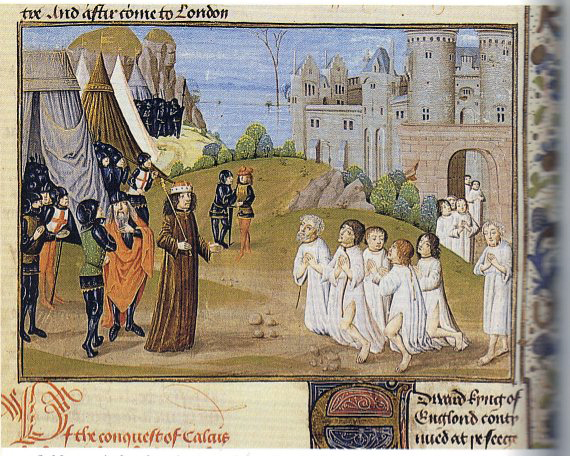 1400’s Illumination of The Burghers of Calais

Edward II had laid siege to Calais for a year and, despite using these newfangled contraptions called cannons, those pesky Frenchmen held fast. They were starving because of the blockade, so the mayor and 5 other nobles agreed to sacrifice themselves to save their people.

They don’t hang. Both the mayor’s daughter-in-law and the English queen plead for the lives of the burghers to be spared and Edward concedes. 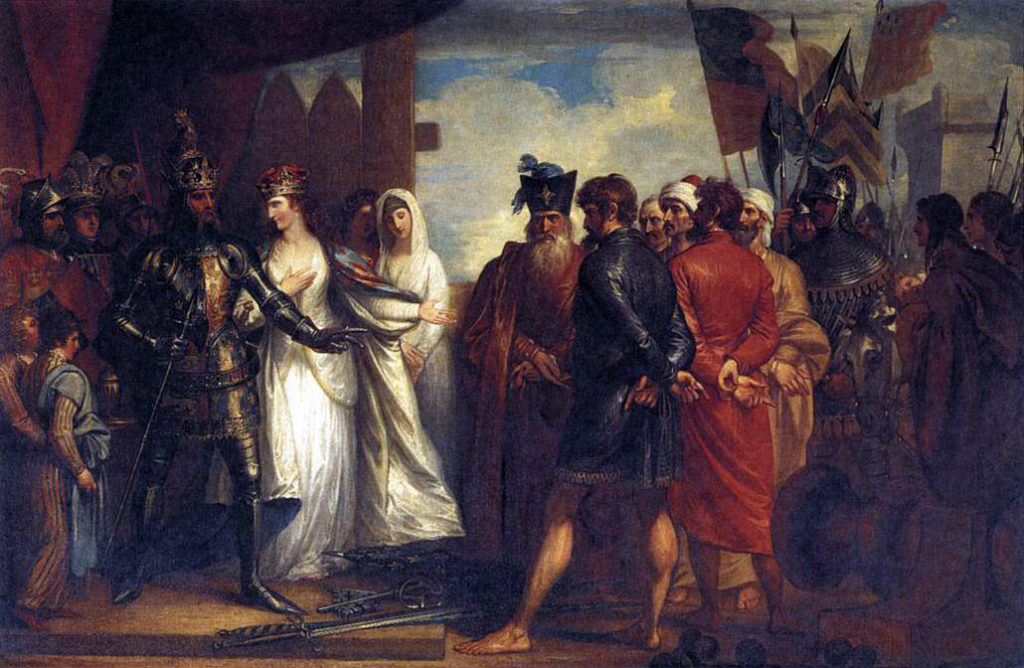 So what made this point in the Hundred Years War so compelling to artists in the centuries following? I’d like to think it was the power of eloquent women bold enough to argue for compassion in the heat of the battlefield, but it’s more likely the example of patriotism and ultimate sacrifice the burghers were willing to make. 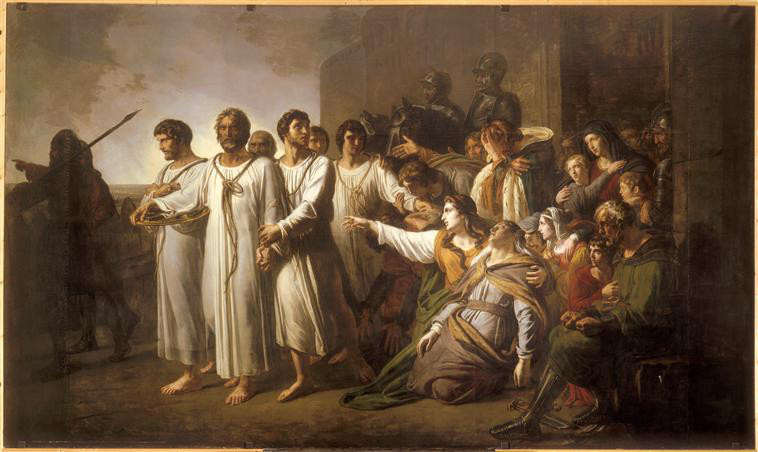 The paintings, ballets, and plays inspired by the burghers crop up at the height of French patriotic fervor induced by battle. (Basically every twenty years from the Revolution to World War I) 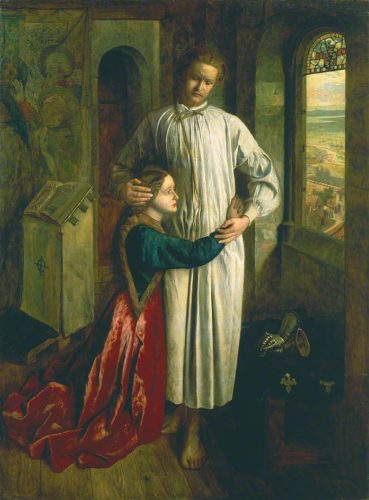 Henry Holiday- The Burgesses of Calais (1859)

The most famous rendition is Rodin’s powerful sculpture that the city of Calais commissioned him to create in 1884. Controversial as ever, Rodin wanted the citizens of Calais to gaze into the faces of his sculptures and feel the anguish of their self-sacrifice, so he requested they be placed on ground level and in an accessible public space. 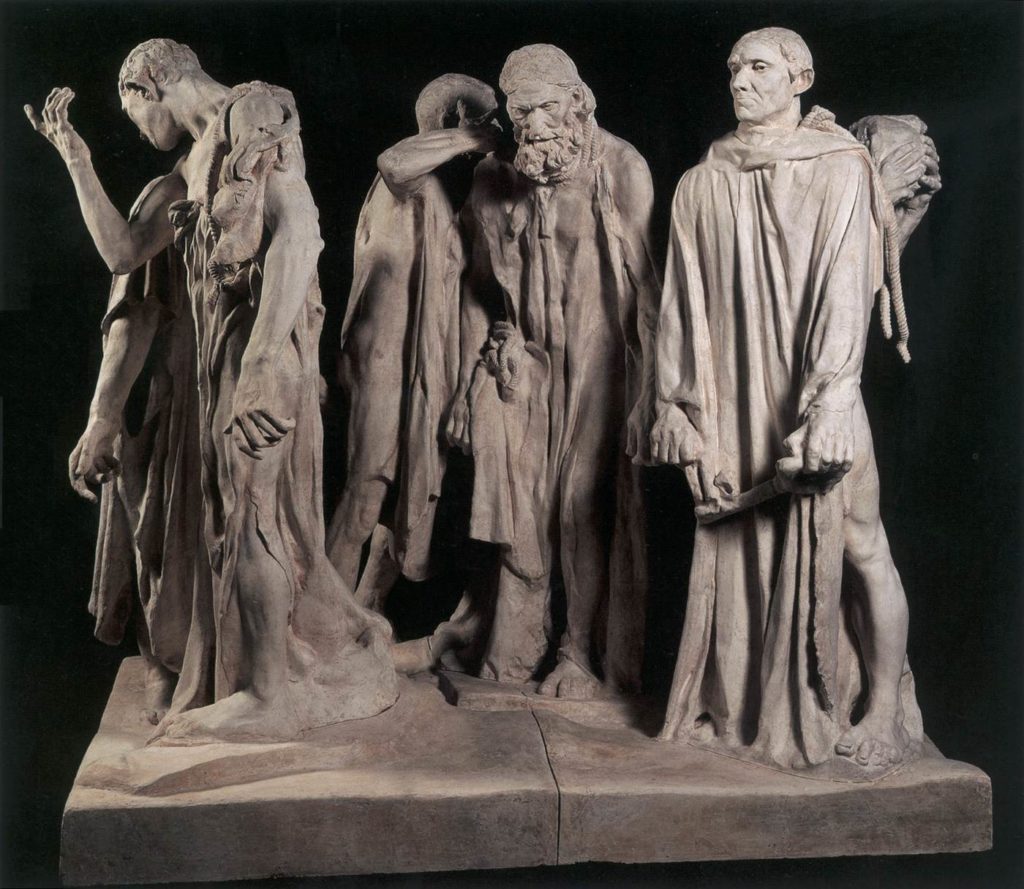