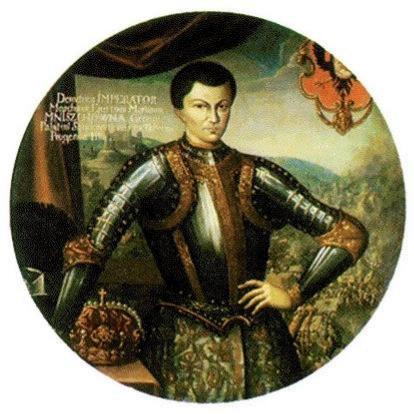 OK, so this Grigory Otrepiev – he’s a monk.  Apparently he tried a number of other professions with no success.  But he’s ultimately more ambitious (to put it mildly), and hatches a plot to take over Russia.

He starts by telling anyone who will listen that he’s going to be the Tsar of Russia, that he’s actually Dimitrij, the son of Ivan the Terrible.  This doesn’t go over well with the higher ups (who probably think he’s nuts or worse – really dangerous), and he’s booted out of the monastery.  So he moves to Poland and through a series of connections gets an audience with the King.

I mean, think about it – this guy actually gets to see the King (whose name is Sigismund III) and he presents himself as the ‘dead’ son of Ivan.  Now this has real appeal to the King, mostly because the King doesn’t like Godunov. And what better way to stick it to a political foe than to support an uprising against him. To make the deal even sweeter, Dimitrij also promises to convert Russia to Roman Catholicism.

While American politics might seem a little bonkers right about now, this gets really crazy.