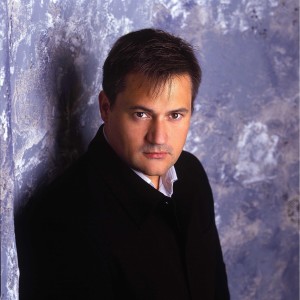 Odyssey Opera is very excited to welcome American tenor Paul Groves to Boston in the title role of Le Cid.

Groves enjoys an impressive international career performing on the stages of all the world’s leading opera houses and concert halls. Groves’s 2015-16 season includes his highly anticipated return to the Metropolitan Opera for Lulu, Opera Philadelphia for the East Coast premiere of Scheer’s Cold Mountain, and Opera Lyon for Persephone, as well as the Boston and Chicago Symphonies for Berlioz’s Te Deum and Romeo et Juliette.

Highlights of recent seasons include his first performances in the title role of Wagner’s Parsifal with Lyric Opera Chicago, led by Sir Andrew Davis, and appearances as Admète in Gluck’s Alceste with Madrid’s Teatro Real, Nicias in Massenet’s Thaïs with the Los Angeles Opera, Pylade in Iphigénie en Aulide with Theater an der Wien, and Don Ottavio in Don Giovanni with the Madrid’s Teatro Real and the Festival Aix-en-Provence. Paul Groves made an important role debut in the 2014-15 season when he performed the title role in Wagner’s Lohengrin in a new production with the Norwegian National Opera in Olso. He later returned to the Festival International d’Art Lyrique d’Aix-en-Provence to revive his portrayal in staged performances of Stravinsky’s Perséphone as well as to the Vienna Staatsoper where he appeared as Florestan in Beethoven’s Fidelio. Mr. Groves appeared throughout the season in concert, including appearances with the Cleveland Orchestra, the Saint Louis Symphony, the Los Angeles Philharmonic, and Zurich’s Tonhalle Orchestra.