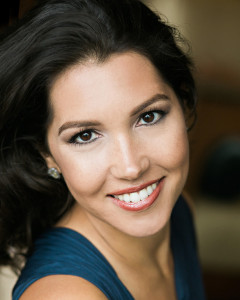 American soprano Sara Heaton, noted for her “gleaming lyricism” by Opera News Online and her “sweet, pure soprano” by the Chicago Tribune, is gaining recognition as a sensitive performer of both opera standards and new works. Recent career highlights include singing Strauss’ Four Last Songs with the Xalapa Orchestra in Mexico and guest conductor Donald Palma, her role debut as Violetta in La Traviata with Opera in the Heights in Houston and conductor Enrique Carreón-Robledo, a Symphony Hall debut as Papagena with the Boston Youth Symphony Orchestra and Federico Cortese, singing Amore on the Grammy-nominated recording of Monteverdi’s Il ritorno d’Ulisse in patria with Martin Pearlman leading Boston Baroque, a role and company debut as Juliette in Die Tote Stadt with conductor Gil Rose and Odyssey Opera, and singing Beethoven’s Ninth with both The Santa Fe Symphony and Greater Bridgeport Symphony. This season’s calendar includes performances with Boston Baroque, White Mountains Music Festival, Odyssey Opera, and as a guest soloist in Ozawa Hall at Tanglewood for the Boston University Tanglewood Institute’s 50th anniversary concert.
Sara took first place prize in the Marie Kraja International Singing Competition in Albania, and 2nd place prize in the Young Patronesses of the Opera Competition. She has received the Richard F. Gold Career Grant from the Shoshana Foundation, was a regional finalist in the Metropolitan Opera competition, a finalist in the Giulio Gari Competition, received an Encouragement Grant from the Schuyler Foundation for Career Bridges, and was a semi-finalist in the Competizione dell’Opera in Germany. She holds a Masters of Music degree from Boston University and a Bachelor of Arts in Anthropology from the University of Pennsylvania.