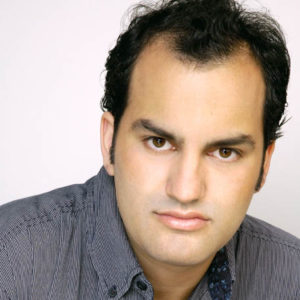 Tenor Theo Lebow most recently created the roles of Picasso and F. Scott Fitzgerald in the World Premiere of Ricky Ian Gordon’s opera 27 with Opera Theatre of St. Louis. The work was immediately recorded for CD release. In Summer of 2014, he sang Jacquino in Fidelio with Shippensburg Music Festival, then appeared at the Bard Music Festival. In the past few seasons, Mr. Lebow has participated in some of the nation’s pre-eminent young artists programs. In 2012-13 he appeared in several roles with Seattle Opera, including the leading role of Eduardo in their Young Artists production of Verdi’s Un giorno di regno. As a member of San Francisco Opera’s Merola Program, he sang Contino Belfiore in Mozart’s La finta giardiniera. In summers of 2011 and 2013, he was a member of Santa Fe Opera’s prestigious Apprentice Program.

Concert appearances include Carnegie Hall debuts in both Weill Hall and Stern Auditorium. In the spring of 2013, Mr. Lebow appeared as guest artist with the New York Festival of Song at both Caramoor and in New York City. He appeared in the 2011 Richard Tucker Gala. In Autumn 2013 he made his successful Canadian debut as Fenton in Falstaff with Opera Hamilton. Recent engagements include his debut with Opera San Antonio in Fantastic Mr. Fox and a return to Seattle Opera as Jupiter/Apollo in Handel’s Semele. Honors include the Encouragement Award from the Gerda Lissner Foundation, Semi-finalist in the Marcello Giordani Competition, and New York City Regional Finalist in the Metropolitan Opera National Council Auditions.