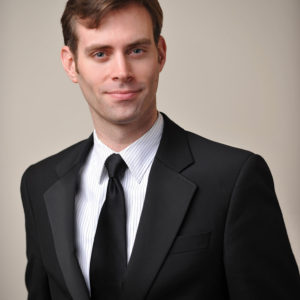 Described by the Atlanta Journal-Constitution as a dignified and beautiful singer, bass-baritone Paul Max Tipton enjoys an active career in opera, oratorio, and chamber music throughout North America, Europe, China, and Korea. He has recently appeared with the symphonies of San Antonio, Grand Rapids, the Orchestra of St. Luke’s, and with the New York Philharmonic as part of their first-ever Bach Festival. He has sung with Bach Collegium Japan, Tenet (NYC), Blue Heron (Boston), the Washington Bach Consort, debuted at Spoleto Festival USA in 2015, and has been presented with Cut Circle (Palo Alto) at early music festivals in Maastricht, Antwerp, and Utrecht (2018). He has collaborated with Matthias Pintscher, Ton Koopman, Kenneth Slowik, Leonard Slatkin, Simon Carrington, Helmuth Rilling, Rubén Dubrovsky, Nicholas McGegan, Ricky Ian Gordon, has soloed for Grant Llewellyn at the Handel and Haydn Society, and performed the title role in Mozart’s Don Giovanni with Martin Katz conducting. This spring he sang a tour of Bach Saint Matthew Passions to Boston, Iowa, Washington, D.C., and Sweden, and recorded Nicolaus Bruhns’ solo cantatas for bass with Masaaki Suzuki for the BIS label. Mr. Tipton trained on full-fellowship at the University of Michigan School of Music in Ann Arbor, being mentored by mezzo-soprano Luretta Bybee and tenor George Shirley. He is a graduate of the Yale University School of Music and Institute of Sacred Music, having studied with tenor James Taylor. Based in Boston, he was made a Lorraine Hunt Lieberson Fellow at Emmanuel Music in 2012.