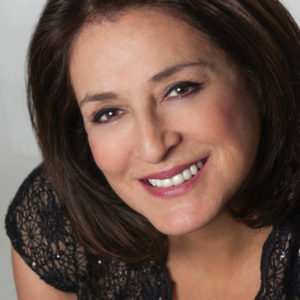 Internationally celebrated soprano Patricia Schuman continues to garner the highest critical acclaim for her work on the operatic stage. Exceptionally high praise for her stunning singing and riveting portrayals of The Duchess (Powder Her Face) with Opera Philadelphia, Elvira Griffiths (An American Tragedy) at Glimmerglass Festival, Estelle Oglethorpe in John Musto’s Later the same evening, and Carlotta O’Neill in a world premiere of A Blizzard at Marblehead Neck—a collaboration between Pulitzer Prize-winning playwright Tony Kushner and the musical theater composer Jeanine Tesori—clearly confirm that Ms. Schuman is a brilliant interpreter of newly commissioned 21st century operatic roles.

A former Mozartean singer who has successfully moved through the operatic repertoire of the 19th, 20th, and the 21st centuries, Ms. Schuman has been engaged by the most distinguished opera houses throughout Europe and the United States, and she has collaborated with the finest conductors and directors in the industry. In Europe she has been seen at the Royal Opera House Covent Garden, Vienna State Opera, La Scala, the Saltzburg Festival, the Glyndebourne Festival, Opera North (Leeds), Edinburgh Festival, the Flemish Opera, Rome Opera, and major houses in Toulouse, Zurich, Bologna and Cologne. In the US she has performed on the stages of The Metropolitan Opera, Houston Grand Opera, Pittsburgh Opera, and Seattle Opera, and in recent seasons has sung with the renowned Opera Philadelphia and Glimmerglass Festival.