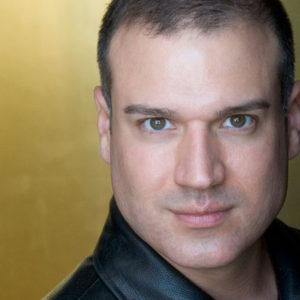 Chioldi has performed with symphony orchestras around North America and Europe, including the New York Philharmonic and National Symphony Orchestra (Washington D.C.) under Mo. Leonard Slatkin, as well as the New Jersey, New Haven, and Houston Symphony Orchestras, the Santa Fe Concert Association; the Städtisches Orchester Pforzheim and the Oviedo Philharmonia.

Performances in the 2019-20 season include his debut with Atlanta Opera as Sharpless in Madama Butterfly, his return to Utah Opera as Germont in La Traviata, the title of role of Eugene Onegin at Palm Beach Opera, the title role of Rigoletto at Austin Opera, Scarpia in Tosca with Opera San Antonio, the title role of Henry VIII with Odyssey Opera, as well as performances with Portland Opera.