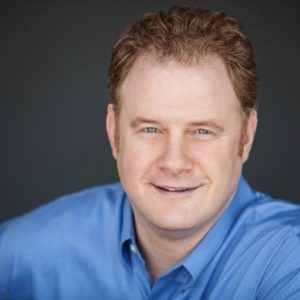 Praised for his “smooth, rich sound” and “stylish power” by The Baltimore Sun, bass Matthew Curran brings a blend of intelligent musicianship and strong dramatic instincts to a variety of roles. Having sung on the stages of the Zürich Opera, Seattle, Atlanta, Memphis, and many other regional opera houses, he is a major talent on the rise. His operatic repertoire includes Filippo in Verdi’s Don Carlo, Sarastro in Mozart’s Die Zauberflöte, Oroveso in Bellini’s Norma, Frère Laurent in Gounod’s Roméo et Juliette, and Colline in Puccini’s La Bohème. On the concert stage, he has sung Beethoven’s Ninth Symphony; Handel’s Messiah; the Mozart, Verdi, and Brahms Requiems, and the great Bach Oratorios. He is also an eager interpreter of song literature and new works.

2016-2017 engagements include Orbazzano in Rossini’s Tancredi with Baltimore Concert Opera and Opera Southwest, a debut with Odyssey Opera singing Basil in Lowell Liebermann’s The Picture of Dorian Gray, as well as the role of Terry in Breaking the Waves, a new opera by Missy Mazzoli and Royce Vavrek, in its New York premiere in the Prototype Festival. Handel’s Messiah brings him to Prescott, Arizona, and he returns to Duke University Chapel to sing Jesus in Bach’s St. John Passion. 2015-2016 included the role of Ramfis in Aida at both Opera Southwest and Baltimore Concert Opera, Don Iñigo Gomez in L’Heure Espagnole with Opera Memphis, and Pistola in Falstaff with Opera Delaware.