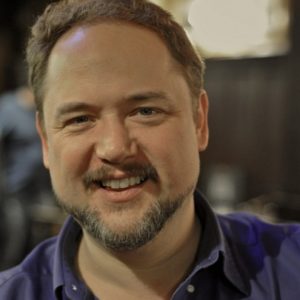 Last season Marc Heller made a very successful New York City Opera debut in Respighi’s La Campana Sommersa. Included in last season were also Turiddu and Canio in Cav/Pag in Metz, and Carmen at the Bolshoi. He has also added Otello to his repertoire and performed it at the Gran Theatre del Liceu in Barcelona, Hungarian State Opera, and Theater Erfurt. Recent engagements include Aida with Opera Columbus and Theater Magdeburg, the Beethoven Ninth Symphony with the Orchestre Philharmonique de Strasbourg and King Roger with Dallas Opera.

Mr. Heller reprised the roles of Radames in Aida at the Pyramids at Giza, with Utah Opera, and in London’s Royal Albert Hall and made debuts in several new productions internationally in such roles as Max in Der Freischutz, for Erfurt and Jean de Lyden in Le Prophete in Karlsruhe.

Having performed the role of Calaf in Turandot in the past few seasons in Minsk, Oviedo, the Domstufen Festival in Erfurt, and the Pacific Symphony, Mr. Heller then followed with all Verdi roles singing Ernani at the National Lithuanian Opera in Vilnius (Lithuanian premiere), Gustavo III in Un Ballo in Maschera in Brazil Don Alvaro in La Forza del Destino at the Hessisches Staats Theater in Wiesbaden about which he was reviewed by the Frankfurter Allgermeine as having a “shining, metallic tenor”, and his aforementioned debut as Otello.

He made his Metropolitan Opera debut opposite Placido Domingo in the world premiere of Tan Dun’s The First Emperor and returned to sing Tybalt in Romeo et Juliette opposite Anna Netrebko and Roberto Alagna in the HD Movie Simulcast.