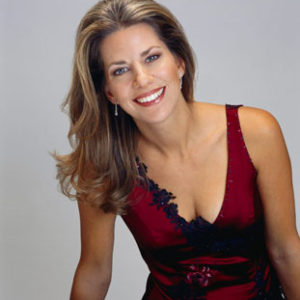 Soprano Mara Bonde has thrilled audiences in diverse venues throughout the United States and Europe with her electric stage presence and musical artistry. Equally at home in both classical and popular styles, Mara is no stranger to the world of “symphony pops.” She has been the guest artist for “Holiday Pops” with the Boston Pops, the Naples Philharmonic, the Syracuse Symphony, the New Haven Symphony, and the Charlotte Symphony. She made her Boston Pops debut under the direction of Keith Lockhart in “Brush up your Shakespeare,” which was nationally televised on PBS’s Evening at Pops. On the concert stage, she has sung with the Utah Symphony, the San Diego Symphony, the Stamford Symphony, the Ridgefield Symphony, the Nashua Symphony, the Handel & Haydn Society, and Boston Baroque. Mara is a featured soloist on Robert Shaw’s Telarc recording Appear and Inspire. A very special recording project is Sound Spectrum (Navona Records), featuring Mara collaborating with her father, composer and pianist Allen Bonde. Mara’s recent opera debuts include Hanna in The Merry Widow with Imperial Symphony Orchestra, Adina in L’elisir d’amore with Sarasota Opera, and Echo in Ariadne auf Naxos with Boston Lyric Opera. Mara holds a Master of Music in vocal performance from Boston University. She was a Fellow at the Aspen Music Festival and one of twelve singers selected to study at the Britten-Pears School in Aldeburgh, England, with Richard Bonynge and Joan Sutherland.