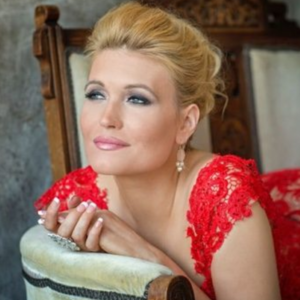 Kirsten Chambers made her Metropolitan Opera house debut on short notice in 2016 in the title role of Salome. Her Carnegie Hall debut came on just two days’ notice when she sang the fiendishly difficult role of Maria in Richard Strauss’ Friedenstag with the American Symphony Orchestra. Her 2016–17 season started when she joined the roster of the Metropolitan Opera for the first time this fall as a cover of Isolde in Tristan und Isolde.

​Her 2014–15 season began with her exciting debut in the title role of Salome at Opera Hong Kong, where “the depth of her performance grew widely as she exhibited the fitness of an athlete… The dramatic colour exhibited throughout her middle range and the defined delicacy of her high notes easy won the audience over.” (Opera Chaser) For Opéra de Rennes, she reprised the role of Elsa in Lohengrin, described as “delicious with beautiful legato and radiant high notes.” (Opéra Magazine)

​Her 2013–14 season began with her European debut with Savonlinna Opera Festival as Elsa in Lohengrin, with regard to her performance, Opera Magazine indicated that “Kirsten Chambers… wielded the evening’s most convincing dramatic arc, her character maturing from innocent young girl to emotionally complex woman in the course of the story.“ She also appeared as a featured soloist in excerpts from Lohengrin with the Oulu Symphony in both Oulu and Helsinki and later at the Mikhailovsky Theatre in St Petersburg in promotional concerts for Savonlinna Opera Festival. Ms. Chambers reprised the role of Elsa in Lohengrin for the Hong Kong Arts Festival. In concert she performed Isolde’s Liebestod from Tristan und Isolde with the Hong Kong Philharmonic and Brünnhilde’s Entrance from Die Walküre with Orchestra Kentucky.

Ms. Chambers 2011–12 season began with a cover of the title role of Turandot with Arizona Opera and a concert performance of the title role of Tosca with Opera Saratoga. She made her Lincoln Center debut starring in the soprano monodrama Nora, in the Great Outdoors with American Opera Projects. She has appeared with Toledo Opera to cover the title role in Ariadne of Naxos and sang Nedda in Pagliacci with the Bronx Opera. A champion of new music, Ms. Chambers has been recored on the Newport Classics Label and appeared numerous times with American Lyric Theater and American Opera Projects.