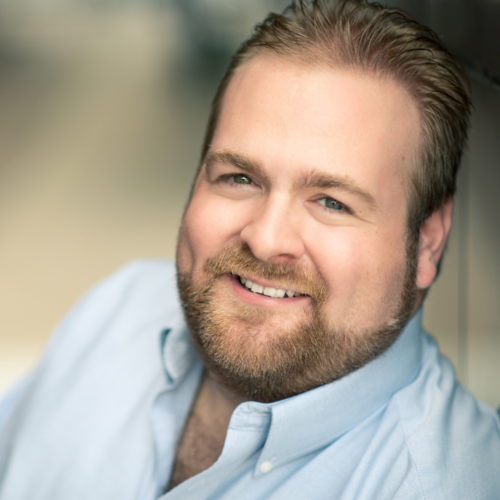 Kevin Ray makes his role and company debut as King Charles VII in Tchaikovsky’s The Maid of Orléans with Odyssey Opera in the 2017-18 season. Recent performances include the Prince in Rusalka with Arizona Opera, Erik in Der fliegende Holländer with Estonian National Opera, and Bacchus in Ariadne auf Naxos with the Berkshire Opera Festival. He made his Los Angeles Philharmonic debut singing Beethoven’s Choral Fantasy under the baton of Mirga Gražinytė-Tyla, sang Beethoven’s Symphony No. 9 with the Phoenix Symphony, Rachmaninov’s The Bells with the Florida Orchestra, and Verdi’s Requiem with the Midcoast Symphony Orchestra.

The tenor returned to Houston Grand Opera to sing Iain Bell’s one-man opera, A Christmas Carol, Roderigo in Otello, Beadle Bamford in Sweeney Todd, and the First Armed Man and Second Priest in Die Zauberflöte. He is an alumnus of the Houston Grand Opera Studio and his previous roles with the company include Eisenstein in Die Fledermaus, the Third SS Officer in Weinberg’s The Passenger, Melot in Tristan und Isolde, and the Messenger in Aida.

Mr. Ray’s other recent engagements include his Peter Grimes with Chautauqua Opera; Bacchus in Ariadne auf Naxos presented by his alma mater, the Curtis Institute of Music, in association with Opera Philadelphia and the Kimmel Center for the Performing Arts; as well as Don José in Carmen with Wolf Trap Oprea and the Lyrique-en-Mer/Festival de Belle-Île. While a Santa Fe Apprentice Artist, he sang the Second Clubman in the world premiere of Moravec’s The Letter and the Poet in Menotti’s The Last Savage.