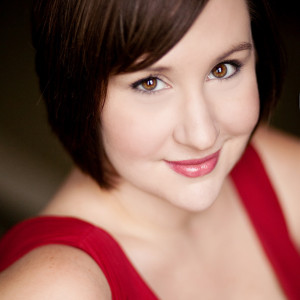 Lauded for her “big, glacial soprano” (NY Observer) and “sparkling stage presence” (St. Louis Dispatch), Katy Lindhart is an exciting young singer to watch. A lauded interpreter of Mozart, Katy has recently appeared as Susanna in Le nozze di Figaro for Opera Columbus and Winter Opera Saint Louis, Pamina in Die Zauberflöte for Salt Marsh Opera, and Zerlina in Don Giovanni for Kentucky Opera. The St. Louis Dispatch said of her Susanna that “A case could be made that instead of Figaro, his fiancé Susanna’s name should be in the title… Her Susanna bounced merrily about the stage, tossing off difficult high notes and rapid vocal lines without strain or struggle. Her expert acting turned a role that could easily devolve into slapstick into something substantial and believable.” Also active in the repertoire of the 20th and 21st century, in 2015 she made a role and house debut with New York City’s avant-garde LoftOpera as Female Chorus in The Rape of Lucretia, where her performance was praised as “shattering” (NY Observer). She also appeared as the 1st Niña in Golijov’s Aindamar for the Lexington Philharmonic and returned to her hometown of Des Moines, Iowa to sing the soprano solo in Andrew Lippa’s I Am Harvey Milk with the Des Moines Gay Men’s Chorus. Other recent engagements include Fidelio for Kentucky Opera and Dayton Opera, Falstaff for Winter Opera Saint Louis, and the American premiere of Telemann’s Brockes Passion at the Cincinnati Bach Festival.