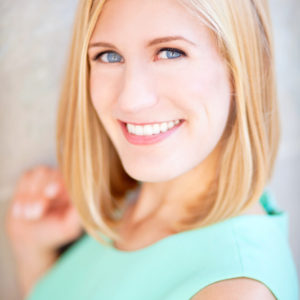 The Oregonian praises soprano Katrina Galka, exclaiming that she “thrilled with fine coloratura filigree and pure high notes.” In the 2018-19 season, she makes her debut at the Wiener Staatsoper as Fritzi in the world premiere of Staud’s Die Weiden. She also makes debuts with the Seiji Ozawa Music Academy as a guest artist for Frasquita in Carmen, New Orleans Opera and Opera San Jose as Blondchen in Die Entführung aus dem Serail, and Odyssey Opera as Aithra in Die ägyptische Helena. On the concert stage, she joins the Florida Orchestra for its Bernstein on Broadway concert. Last season, she returned to Portland Opera to debut Gilda in Rigoletto. She also returned to Arizona Opera as Cunegonde in Candide, Rosina in Il barbiere di Siviglia, and Woglinde in Das Rheingold as well as joined the Las Vegas Philharmonic for Handel’s Messiah.

The soprano recently made role and company debuts with Atlanta Opera for Blondchen in Die Entführung aus dem Serail and at the Glimmerglass Festival as Atalanta in Xerxes. She also joined Arizona Opera as the First Wood Nymph in Rusalka, Clorinda in La cenerentola and Dallas Opera as Voice I in Cuomo’s Arjuna’s Dilemma, presented as the company hosted the annual Opera America conference. While former resident artist of Portland Opera, she sang Adina in L’elisir d’amore, Johanna in Sweeney Todd, Elvira in L’italiana in Algeri, Papagena in Die Zauberflöte, and Frasquita in Carmen. She sang prior performances of Papagena in Die Zauberflöte and Isabel in The Pirates of Penzance with Opera Theatre of Saint Louis and joined the CoOperative Program as Marie in La fille du régiment.

Also on the concert stage, she previously joined the Rhode Island Civic Chorale for the Angel in Respighi’s Laude to the Nativity and Handel’s Messiah.