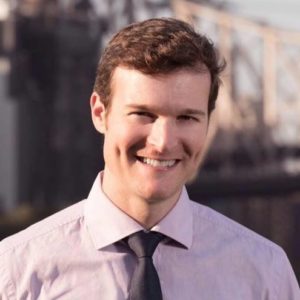 Steve Smith of the New York Times states, “Jonathan Blalock is riveting in the title role: his voice sweet and true.” Recent performances include Washington National Opera (An American Soldier), the Portland Symphony, Opera San Antonio (Fantastic Mr. Fox), West Edge Opera (Hydrogen Jukebox) and the PROTOTYPE festival (Paul’s Case). In 2015 he will debut with Opera Roanoke as Ramiro in La Cenerentola, and he will reprise his role of Don Ottavio with Cedar Rapids Opera. He will sing the dual role of Manager/Secretary in the U.S. premiere of Tarik O’Regan’s Heart of Darkness with Opera Parallèle, and he will debut with Des Moines Metro Opera as Pedrillo in Die Entführung aus dem Serail.

Acclaimed for his work in modern opera, Jonathan has appeared in a number of world premieres, including The Secret Agent with the Center for Contemporary Opera in NYC and the Armel Festival in Hungary; Martin’s Before Night Falls with Fort Worth Opera, and Paul’s Case with Urban Arias. In addition, he made his Virginia Opera debut as Cégeste in Philip Glass’s Orphée, and has sung with Fort Worth Opera in the same composer’s Hydrogen Jukebox. Blalock’s training includes apprenticeships with Santa Fe Opera, Fort Worth Opera, Opera Carolina, and Opera North. Other career highlights include Don Ottavio with Nevada Opera; Messiah with the Lexington Philharmonic and Winston-Salem Symphony; Carmina Burana with Las Cruces Symphony; Fenton with Mercury Opera in Rochester; Count Almaviva with Opera Middlebury, and Normanno, Howard Boucher, and Remendado with Fort Worth Opera.