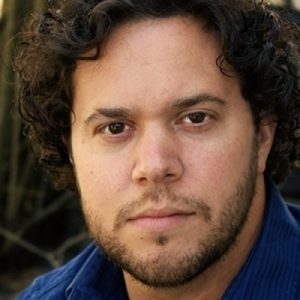 Tenor Jon Jurgens has established himself as a versatile young talent with a wide range of repertoire. He has been hailed by Opera News as “…a surprise discovery, an affable, open-throated Italianate tenor with a full, easy top and real lyric bloom…” Most recently, he performed the role of Pinkerton in Madama Butterfly (Hubbard Hall Opera Theater). Prior to that he sung the role of St. Brioche in The Merry Widow and Schmidt in Werther, while covering the roles of Camille and Werther (Boston Lyric Opera). Other recent highlights include the title role in The Picture of Dorian Gray (Opera Fayetteville) and the roles of Rodolfo in La Bohème (Opera Raw) and Don José in Carmen (Opera NEO). As a studio artist with Sarasota Opera, he has performed many roles including Curley in Of Mice and Men, Steuermann in Der Fliegende Höllander, and Don Basilio in Le nozze di Figaro. While at Sarasota, he also covered Edoardo in Un giorno di regno and the Duke in Rigoletto.

Mr. Jurgens was highly acclaimed as Tristan in Boston Lyric Opera’s 2014 production of The Love Potion, and earlier that year he made his BLO debut as Gastone, while covering Alfredo, in La traviata. In the 2013-2014 season, Mr. Jurgens had the pleasure of making his debut with Chautauqua Opera in the roles of Fenton in Falstaff and Bob Boles in Peter Grimes. Mr. Jurgens completed his graduate work at Ohio State University, where he continues to study with Dr. Robin Rice. There, he performed the title role in the American stage premiere of Handel’s Faramondo. A native of Central Ohio, Jon is very