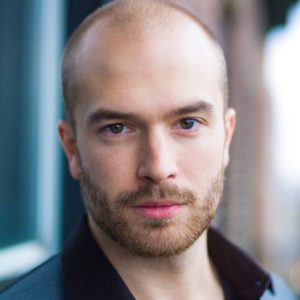 In the 2014-2015 season, John Brancy’s debuts include Opera San Antonio as the title role in Tobias Picker’s Fantastic Mr. Fox along with a gala appearance at the opening of San Antonio’s new Tobin Center; Edmonton Opera as Papageno in Die Zauberflöte, and Opera Lyra Ottawa as Figaro in Le nozze di Figaro. His concert engagements include his debut with Musica Sacra in Handel’s Messiah at Carnegie Hall, where he also performs a recital with pianist Ken Noda later in the season for “The Song Continues.” He makes his recital debut at the Kennedy Center with Vocal Arts DC, and reprises the same program with CAIC (Collaborative Arts Institute of Chicago) and Société d’art vocal de Montréal. He also returns this season to the New York Festival of Song (NYFOS), performing at Merkin Hall. Future seasons include a debut with the Glyndebourne Festival Opera Tour, Opera Theatre of Saint Louis, and a return to Carnegie Hall in recital as part of their “Evenings of Song” series.