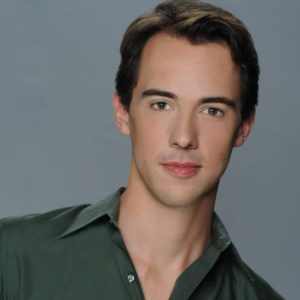 Jesse Darden is in his first year with the Boston University Opera Institute, studying with Penelope Bitzas. He holds degrees from the University of North Carolina at Greensboro and the Ohio State University. Jesse spent his 2012 and 2013 summers as a Studio Artist with Chautauqua Opera. He received the Chautauqua Opera Studio Artist Award and returned in 2014 as an Apprentice Artist. Jesse was a 2015 Regional Finalist with the Metropolitan Opera National Council Auditions. Recent roles include Belfiore in La finta giardiniera, Don José in La tragédie de Carmen, Prunier in La rondine, Fenton in Falstaff, Sir Philip in Owen Wingrave, and Albert in Albert Herring. Upcoming projects include Louis Ironson in Angels in America and Prince Charmant in Cendrillon, both with the BU Opera Institute. Jesse will sing Martin in The Tender Land with Opera North this summer.