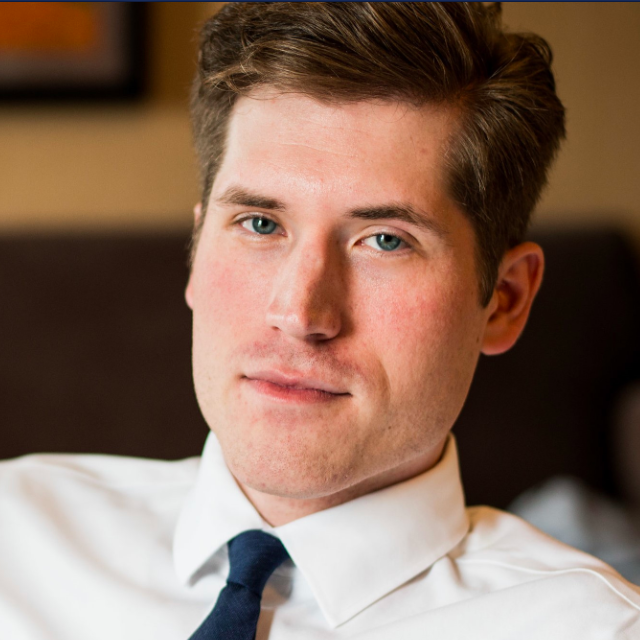 Praised for the “sheer beauty and melody” of his voice and his “elegant” and “telling” characterization, tenor Jeremy Ayres Fisher is singing his fourth role with Odyssey Opera. After his debut in Dorian Gray, he returned to sing the Soldier in the world premier of Dello Joio’s The Trial at Rouen, as well as Delil in Giovanna d’Arco. This season, Jeremy will be making his company debut with Chicago Lyric Opera in the ensemble of Götterdämmerung. Recent roles include Pinkerton in Madama Butterfly with the Janiec Opera Company, Blindt in MassOpera’s Die Fledermaus, and Prince Charmant in Viardot’s Cendrillon with the Cambridge Chamber Ensemble. Jeremy made his Boston debut with Boston Opera Collaborative in the title role of Albert Herring. He spent two summers as an Apprentice Artist with Opera Saratoga, where he was seen as Arturo in Lucia di Lammermoor, Borsa in Rigoletto, and Fireball Snedeker in The Mighty Casey. As an Apprentice Artist with Sugar Creek Symphony and Song, he performed Camp Williams and covered Will Tweedy in Carlisle Floyd’s Cold Sassy Tree. He conducted his graduate studies at Northwestern University, where he sang Eisenstein in Die Fledermaus, as well as Des Grieux and Lensky in selections from Manon and Eugene Onegin. He was the house tenor at Prairie Fire Theatre for a number of years, singing the leads in the major Gilbert and Sullivan operettas.