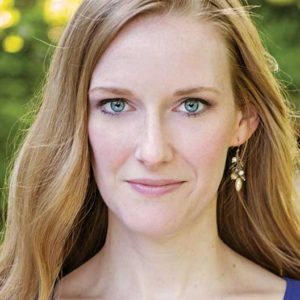 Opera News lauds Jeni Houser’s performances as “commanding and duplicitous, yet also vulnerable. She has a bright future above the staff.” This season, she sings the Königin der Nacht in Die Zauberflöte in her debut with Cincinnati Opera and also joins the roster of the Lyric Opera of Chicago for its production of the same title. Ms. Houser returns to Minnesota Opera for a workshop of William Bolcom’s new opera, Dinner at Eight, and, in the summer, joins the Berkshire Opera Festival as Najade in Ariadne auf Naxos. Engagements in coming seasons include her debut with Austin Opera as Zerbinetta, and debuts with Central City Opera and Dallas Opera. With Minnesota Opera in 2015-16, she performed Zerbinetta in Ariadne auf Naxos, The Queen of the Night in The Magic Flute, and Mrs. Grady in the world premiere of Paul Moravec’s The Shining. Other recent roles include Amy in Adamo’s Little Women and Olympia in Les contes d’Hoffmann with Madison Opera, Johanna in Sweeney Todd with Mill City Summer Opera and Madison Opera, and Susanna in Marcos Portugal’s The Marriage of Figaro with On Site Opera in her New York City debut, as well as Carmina Burana with the Madison Symphony. Previous seasons found Ms. Houser making her debut at the Lyric Opera of Chicago in The Magic Victrola, where she sang Olympia’s aria from Les contes d’Hoffmann, singing Frasquita in Carmen and covering Zerbinetta with Virginia Opera, covering Zerbinetta while singing Najade with Fort Worth Opera, and singing Josephine in H.M.S. Pinafore with Opera Saratoga.