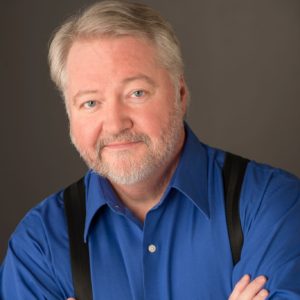 J.T. Turner is an award winning actor with credits on stage, and in TV, radio, and film. His stage work includes the roles of Alfie in My Fair Lady, Dysart in Equus, Benjamin Franklin in 1776, Colonel Jessup in A Few Good Men, Henry II in The Lion In Winter, Noah in Two by Two, Innkeeper in Man of LaMancha, Lear in King Lear, Pitkin in On The Town, Fezziwig in A Christmas Carol, Friar Lawrence in Romeo and Juliet, and The King in Big River. J.T. has appeared in many feature films, including Ghostbusters, American Hustle, Mystic River, Meet Joe Black, The Game Plan, Dan In Real Life, The Crucible, and A Civil Action. For T.V., he has worked on episodes of The Sopranos, Body Of Evidence ,and The Brotherhood. J.T also serves as the Descriptive Narrator for many PBS shows, including Martha Speaks, Arthur, Frannie’s Feet, and episodes of Mystery!. He has toured with throughout the Northeast in Beyond The Wardrobe, a play about C.S. Lewis, Shakespeare’s Ghost as William Shakespeare, and in his newest work Robert Frost, Light and Dark.