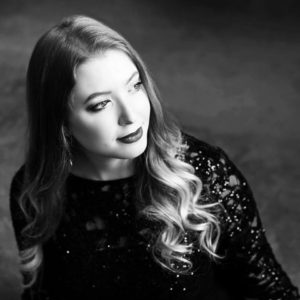 Soprano Erica Petrocelli is currently a 2nd year Master’s student at New England Conservatory, studying under tenor Bradley Williams. This past year, Erica performed the role of Clorinda in New England Conservatory’s outreach production of La Cenerentola as well as the title role in Janacek’s The Cunning Little Vixen under conductor Gil Rose. In November, she joined the renowned Weilerstein Trio in a performance of Shostakovich’s Seven Romances on Poems by Alexander Blok in NEC’s Jordan Hall.

This past February, Erica progressed to the Metropolitan Opera National Council Finals in the New England Region, where she won the Lorraine Hunt Lieberson Memorial Encouragement Award.

In the summer of 2015, Erica covered the role of Martha in Flotow’s Martha with Boston Midsummer Opera, under the direction of Susan Davenny-Wyner. She looks forward to be returning to the company this summer to sing the role of Caterina and covering Suzel in Mascagni’s L’amico Fritz – she will also join Odyssey Opera as Onoria in Gluck’s Ezio. Erica is also delighted to be returning to New England Conservatory in the fall as an Artist Diploma candidate.