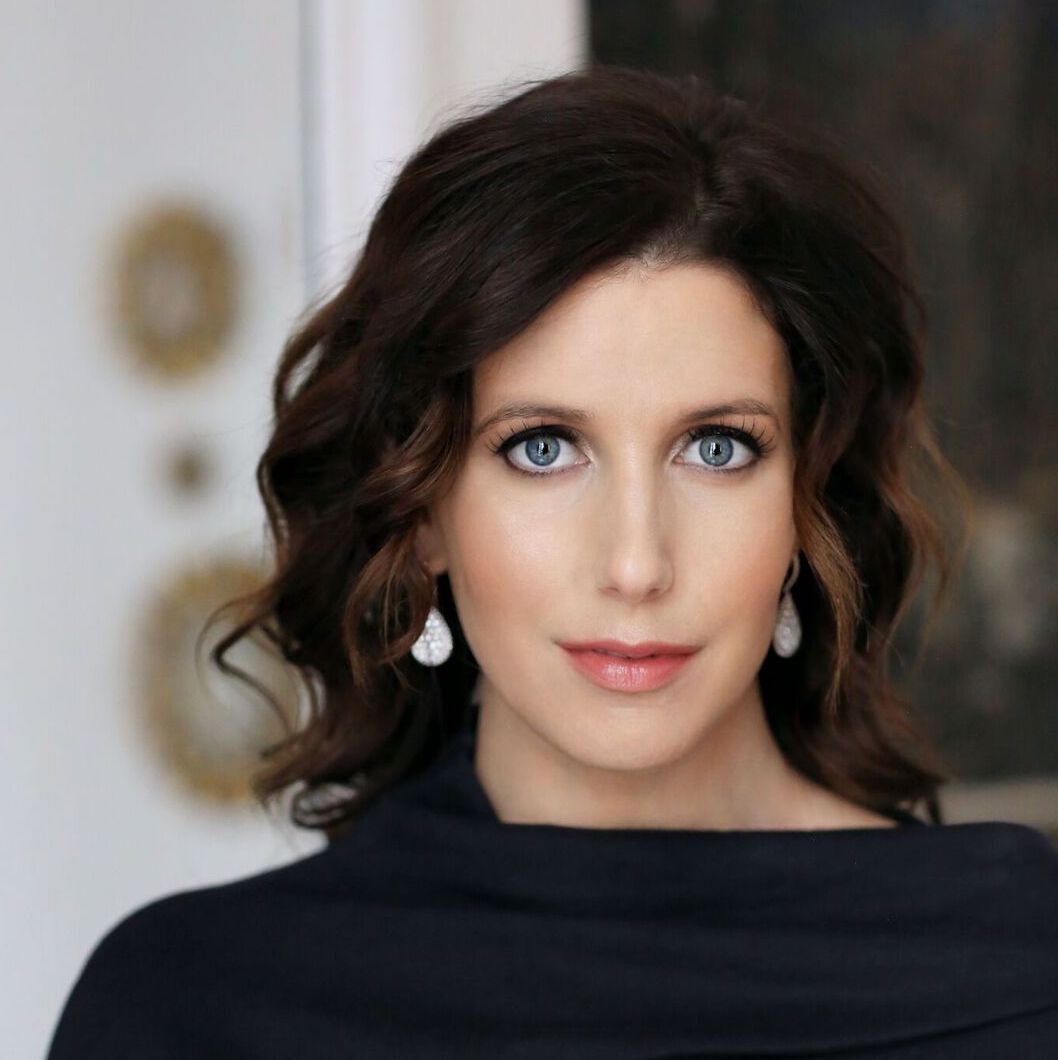 American soprano Ellie Dehn has been praised by critics as “a revelation” (Chicago Sun-Times), acclaimed for her “great stage presence and a voice combining metallic clarity and sensual richness” (Wall Street Journal).

In the 2018-2019 season, Ms. Dehn makes her role debut as the title role in Strauss’ Arabella with the San Francisco Opera, and returns to Opera Colorado in her signature portrayal of the Countess in Mozart’s Le Nozze di Figaro. On the concert stage, she will join the San Francisco Gay Men’s Chorus as the soprano soloist in Kristopher Jon Anthony’s Requiem, When We No Longer Touch, commemorating the organization’s 40th anniversary and will join the Boston Youth Symphony as Mimi in Puccini’s La bohème.

Last season, Ms. Dehn made her role debut as the title role in Massenet’s Manon at the San Francisco Opera opposite tenor Michael Fabiano and returned to the Grand Théâtre de Genève as the Countess in Figaro Gets a Divorce; a modern addition to the Figaro trilogy composed by Elena Langer. Concert appearances included Beethoven’s Ninth Symphony with the Dallas Symphony conducted by Jaap Van Zweden to conclude the Music Director’s farewell season with the company, Handel’s Messiah at Saint Thomas Church in New York City, with the New Jersey Symphony Orchestra, and with the Florida Orchestra, as well as Beethoven’s Ninth Symphony with the Ft. Wayne Philharmonic.

Career highlights include her company debut at Royal Opera House Covent Garden as the Countess in Sir David McVicar’s production of Mozart’s Le nozze di Figaro, conducted by Ivor Bolton, which was broadcasted live to movie theaters around the world; her Metropolitan Opera debut as Mrs. Naidoo in Philip Glass’ Satyagraha, followed by returns as Musetta in Franco Zerferelli’s iconic production of La bohéme and Donna Elvira in Don Giovanni; her Teatro alla Scala debut as Antonia in Les Contes d’Hoffmann and return as Musetta; multiple appearances with San Francisco Opera including all three Mozart/Da Ponte heroines: the Countess in Le Nozze di Figaro, Donna Anna in Don Giovanni, and Fiordiligi in Cosi fan tutte, as well as Musetta in La bohème and Micaela in Calixto Bieto’s production of Carmen; her debut at Rome’s Teatro dell’Opera as Helena in Britten’s A Midsummer Night’s Dream and return as Musetta; and her Houston Grand Opera debut Mozart’s Countess.

Other successes include her role debut in the title role of Dvořák’s Rusalka with Lyric Opera of Kansas City; Her role debut of Alice Fored in Verdi’s Falstaff with San Diego Opera; with Tulsa Opera, and Opera Pacific; Donna Anna with the Ravinia Festival, the Bayerische Staatsoper, Opera Colorado, Opera Pacific, and PORT Opera and San Diego Opera; Donna Elvira with the Spoleto Festival USA and at Teatro Massimo in Palermo, Fiordiligi with the Teatro Lirico di Cagliari, and her debut in the title role of Weber’s Euryanthe at the Bard SummerScape Festival with the American Symphony Orchestra.

Her debuts with the Accademia Nazionale di Santa Cecilia and the Teatro Comunale di Bologna as Anne Truelove in new productions of The Rake’s Progress were both under the baton of Daniele Gatti. Her numerous company debuts include San Diego Opera and Minnesota Opera as Mimì, Santa Fe Opera as Rosaura in the world premiere of Lewis Spratlan’s Life is a Dream, Le Grand Théâtre de Genève as Agathe in Der Freischütz, Bilbao Opera as Madame Cortese in Il viaggio a Reims, and Los Angeles Opera as Freia in Das Rheingold. Ms. Dehn received critical acclaim for her performances as Juliette in Gounod’s Roméo et Juliette with Minnesota Opera and Cressida in William Walton’s Troilus and Cressida with the Opera Theatre of St. Louis, and she recently debuted the rarely-performed Henry VIII by Saint-Saëns as Catherine of Aragon at the Bard SummerScape Festival. Ms. Dehn is also a frequent guest on A Prairie Home Companion with Garrison Keillor.

Highlights of orchestral engagements include performances at Carnegie Hall with the Opera Orchestra of New York in Mozart’s Mass in C minor, Bach’s Magnificat, Vivaldi’s Gloria, and Haydn’s Harmoniemesse. At Lincoln Center’s Avery Fisher Hall, she joined forces with Eve Queler at the Opera Orchestra of New York as Inez in Meyerbeer’s L’Africaine, and she debuted the role of Avis in Dame Ethel Smyth’s The Wreckers with the American Symphony Orchestra. Ms. Dehn has performed with the Cleveland Orchestra on several occasions, most recently as the soprano soloist in Handel’s Messiah and Nielsen’s Symphony No. 3. She has been featured annually at the Cincinnati May Festival, performing Beethoven’s Symphony No. 9, Haydn’s The Seasons, Gluck’s Orfeo ed Euridice, and Mahler’s Symphony No. 8. She has performed Mahler’s Symphony No. 8 with the Orquesta Sinfónica Nacional of Mexico and the Milwaukee Symphony. Ms. Dehn also joined the acclaimed International Contemporary Ensemble for the New York premiere of Messiaen’s Chants de terre et de ciel at Lincoln Center’s Mostly Mozart Festival, and performed Hadyn’s Creation with the Orchestra of St. Luke’s at St. Thomas Church in New York.

Honors and awards include first place in the Gerda Lissner Competition, top prizes in the Licia Albanese and Elardo International Opera Competitions, and a Grand Finalist in the Metropolitan Opera’s National Council Auditions. Ms. Dehn was also a winner of the George London Competition and was subsequently chosen to do a joint recital with the legendary bass-baritone Samuel Ramey at the Morgan Library in New York City.