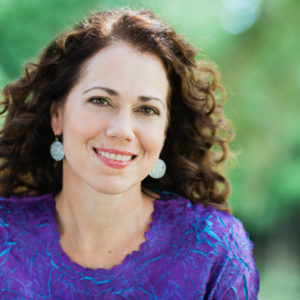 American soprano Elizabeth Futral has established herself as one of the world’s leading sopranos. With her stunning vocalism and vast dramatic range, she has embraced a repertoire that ranges from the Baroque to world premieres. The 2014/2015 season finds Ms. Futral singing her first Mimi in La bohème with Opera Birmingham, a double bill of Elle in Poulenc’s La voix humaine and Nedda in I Pagliacci with Opera Columbus, and Miss Hedgehog in Tobias Picker’s Fantastic Mr. Fox with Opera San Antonio. Concert performances include the gala opening of the Tobin Center in San Antonio, Barber’s Knoxville: Summer of 1915 and Mahler Symphony No. 4 with the Roanoke Symphony; Strauss’s Four Last Songs and Mahler’s Symphony No. 4 with the Charleston Symphony; Handel arias with Music of the Baroque, and Previn’s Honey and Rue with the Pacific Symphony. She will also perform in recital at Louisiana State University and Washington & Lee University.

During the 2013/2014 season Ms. Futral created two world premiere roles: Vera in Tobias Picker’s Dolores Claiborne with the San Francisco Opera, and Alice B. Toklas in Ricky Ian Gordon’s 27 for the Opera Theatre of Saint Louis. She returned to the Lyric Opera of Chicago as Elsa Schraeder in The Sound of Music, and to the Houston Grand Opera as Desirée Armfeldt in A Little Night Music. She added Zdenka in Strauss’s I with the Minnesota Opera, sang Lucia di Lammermoor with Portland Opera and toured Haydn’s Creation with Music of the Baroque.