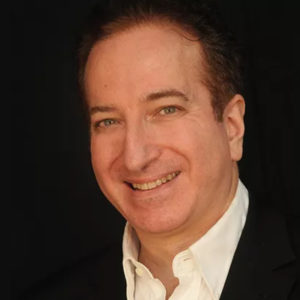 Most recently Daniel debuted the role of Jochanaan in Salome with Detroit Symphony, Fidelio with Cincinnati Opera, returned to Chicago to cover the role of Wozzeck joined the Washington National Opera in their production of Wagner’s Ring Cycle to cover Alberich, and performed the role of Iago in Otello with the Pheonicia Festival of Voice. Recent engagements include Scarpia in a new production of Tosca with Boston Lyric Opera, and his return to Chicago for Alberich in Das Rheingold, Siegfried, and Gotterdammerung (cover). He will also join the San Francisco Opera for their production of Wagner’s Ring covering Alberich and perform Germont in La Traviata in Arizona Opera.

In 2014 Daniel Sutin was seen in the title role of Wozzeck and The One Eyed Brother in Die Frau ohne Schatten at the Metropolitan Opera. In 2013 he performed Giorgio Germont in La Traviata with the Savonlinna Opera Festival, and the title role of Rigoletto in Hong Kong. The 2014-15 season included his return to the Lyric Opera of Chicago as Biterolf in Tannhauser and Sharpless in Madame Butterfly with Hawaii Opera. Other recent performances include Verdi’s Macbeth with Boston Lyric Opera, Simon Boccanegra at L’opera de Montreal, Verdi’s Iago at Palm Beach Opera, Sonora in La Fanciulla del West and Konrad Nachtigall Die Meistersinger with Lyric Opera of Chicago, Tonio in I Pagliacci with Austin Lyric Opera, In 2010-2011 Mr. Sutin returned to the Lyric Opera of Chicago in the role of Sonora in La fanciulla del west and the Metropolitan Opera for Wozzeck and Boris Godounov. In the 2009-2010 season, he joined the cast of Hänsel und Gretel at the Metropolitan Opera. Recently highlights also include Rigoletto with San Antonio Opera and Nashville Opera, his debut at the Savonlinna Opera Festival as Sharpless in Madama Butterfly, his debut at the Royal Opera House Covent Garden as Sonora in La Fanciulla del west, Sharpless in Madama Butterfly at the Michigan Opera Theater, and his return to the Canadian Opera Company as Paolo in Simon Boccanegra, where he also sang Conte di Luna, and Orest in Elektra.

In 2007-2008 Mr. Sutin began his seventh season at the Metropolitan Opera as Paris in Roméo et Juliette, followed by his debut at the Lyric Opera of Chicago as the One Eyed Brother in Die Frau ohne Schatten, Belcore in L’elisir d’amore at the San Antonio Opera, and Germont in La traviata at the Reisopera in the Netherlands. Following a Verdi Gala for the Santa Barbara Opera to open the 2006-2007 season, Mr. Sutin was heard at the Metropolitan in the world premiere of Tan Dun’s The First Emperor, made his role debut as Orest in Elektra with the Canadian Opera Company in Toronto, ending his season at the Caramoor Festival as Conte di Luna in Il Trovatore.

In 2005-2006 Mr. Sutin returned to the Metropolitan Opera in 2005-2006 for Falstaff and Wozzeck, and sang Paris in their new production of Romeo et Juliette, followed by Silvio in I Pagliacci in Toledo, Ford in Falstaff for the New Jersey Opera Theater, his debut as the Count in Le nozze di Figaro with the Connecticut Grand Opera and Beethoven’s Symphony No. 9 with the Long Island Symphony.