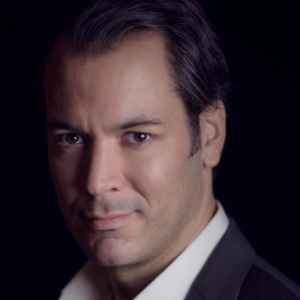 Ben Wager is a 2009 graduate of the Academy of Vocal Arts in Philadelphia, where his roles included: Raimondo in Lucia di Lammermoor, Enrico in Anna Bolena, the title role in Mendelssohn’s Elijah, Sparafucile in Rigoletto, Don Alfonso in Così fan tutte and Padre Guardiano in La forza del destino.

This season, Mr. Wager returns to Dallas Opera, singing Zuniga and covering Escamillo in Carmen. He also joins Odyssey Opera as Calchas in La belle Hélène, and Opera Delaware for their festival, singing the Commentator in Scalia/Ginsburg, the Warden in Dead Man Walking, and the Usher in Trial by Jury. Last season he joined UrbanArias as Edwin Cheney in Daron Hagen’s Shining Brow, and returned to his alma matter, the Academy of Vocal Arts, to sing Wotan in their production of Das Rheingold. Next season includes a return to Opera Philadelphia as Farfarello in Love for Three Oranges.

The 2016-2017 season featured a return to the Lyric Opera of Kansas City for performances of the Police Sergeant in Pirates of Penzance, a return to the Deutsche Oper Berlin in a variety of roles, as well as a solo recital with the Philadelphia Chamber Music Society. He also appeared with Baltimore Concert Opera as Blitch in Susanna, and Opera Delaware for the Petite Messe Solennelle.

Other notable recent engagements include Il Re in Aida with Dallas Opera, the Hotel Manager in Powder Her Face and the Sprecher in Die Zauberflöte with Opera Company of Philadelphia, Count Rodolfo in La sonnambula with Washington Concert Opera, the title role in Don Giovanni with Kentucky Opera, appearances at Minnesota Opera as General Audebert in the world premiere of Silent Night, and Raimondo in Lucia di Lammermoor, Nourabad in Les pêcheurs de perles with Opera Cleveland, and Los Angeles Opera as Julian Pinelli in Die Gezeichneten