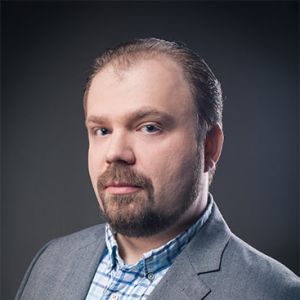 During the early years of his career, Andrey Nemzer has become distinguished for the unique size, flexibility, and range of his instrument. He is the winner of 3rd Prize for Male Voice in the 2014 Operalia Competition, held in Los Angeles, California. Mr. Nemzer’s 2014-2015 season includes his debut with Opera San Antonio as Agnes the Digger in Tobias Picker’s Fantastic Mr. Fox, and covering the role of Arsace in San Francisco Opera’s production of Partenope. A Winner of the 2012 Metropolitan Opera National Council Grand Finals, Andrey Nemzer returned to their stage in 2013-2014, performing the role of the Guardian in Die Frau ohne Schatten, and also covered the role of Orlofsky in their new production of Die Fledermaus. That season’s engagements also included the Pittsburgh Symphony for Orff’s Carmina Burana.

In the 2012-2013 season, Mr. Nemzer covered the title role of Giulio Cesare in a new production for the Metropolitan Opera, and joined the Rhode Island Philharmonic for Handel’s Messiah. A native of Moscow, Russia, he recently completed studies for an Artist Diploma at Duquesne University in Pittsburgh. Andrey Nemzer was the winner of the 2011 Mildred Miller International Vocal Competition, a Second Prize winner of the 2012 Gerda Lissner Foundation Competition, and a prizewinner in the 2010 Pittsburgh Baroque Competition.