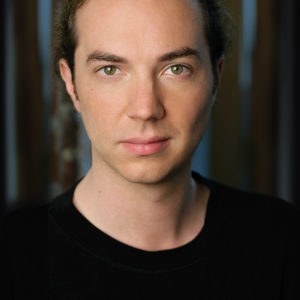 Praised for his “extremely sensual and almost impossibly deep tones” by concerti, bass David Salsbery Fry is the grand prize winner and reigning laureate of the Bidu Sayão International Vocal Competition. A tireless advocate for new music, in the 2016-17 season alone he created roles in three world premiere operas: Scott Wheeler’s Naga, Louis Karchin’s Jane Eyre, and Chaya Czernowin’s Infinite Now (“World Premiere of the Year” in the 2017 Opernwelt critics survey). This past summer he premiered the role of “S”, the Head of the Shin Bet, in Adam Maor’s The Sleeping Thousand at Festival d’Aix-en-Provence. He has also performed in four workshops for The Metropolitan Opera and given the world premiere performances of several solo and chamber works, including the song cycle ten songs of yesno by Osnat Netzer.

Other notable engagements include Mr. Butt & Butt the Hoopoe in Wuorinen’s Haroun and the Sea of Stories for BMOP, Osmin in Die Entführung aus dem Serail for St. Petersburg Opera, Don Basilio in Il barbiere di Siviglia for Vero Beach Opera, Truffaldin in Ariadne auf Naxos at Tanglewood, Arkel in Pelléas et Mélisande and Sarastro in Die Zauberflöte in Tel Aviv, his Mostly Mozart debut in Stravinsky’s Renard, and Olin Blitch in Susannah with Opera at Rutgers.

Mr. Fry studied at Juilliard, the University of Maryland, and Johns Hopkins and apprenticed with The Santa Fe Opera. His recordings are available from Albany, BMOP/sound, Navona, Naxos, New World Records and WERGO. He has written about the opera industry for Classical Singer, The Liberated Voice, Opera and Disability and is a featured contributor to Claudia Friedlander’s The Singer’s Audition & Career Handbook. David is a proud member of the American Guild of Musical Artists (AGMA).

More on Mr. Fry’s life and career can be found at davidsalsberyfry.com and in the October 2015 issue of Classical Singer Magazine.